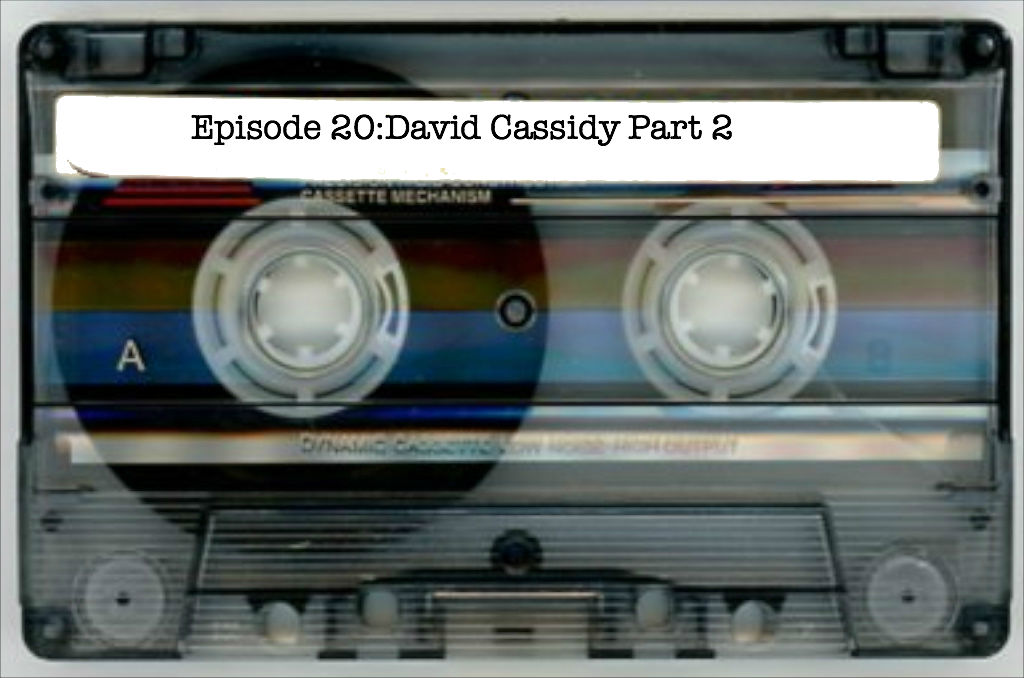 A group of fans wants David Cassidy inducted into the Rock and Roll Hall of Fame and they’ve been adding their names to a growing petition. They argue there’s more about the former teen idol than the four years he was on a TV sitcom in the early 1970s.

In this episode, a follow-up to Episode 17:David Cassidy part 1, I’ll speak to Alison, a member of a group in England who launched a campaign to get Cassidy into the Rock Hall and to have his back catalog of music and concert films released.

David Cassidy  became eligible for induction into the Rock Hall in 1996, the same year another teen idol from the 1970s Donny Osmond qualified as a solo act and with his siblings, The Osmond Brothers. There is a long list of teen idols from every decade who, although sold a lot of records don’t fit the Rock Hall’s rules of entry.

The Rock and Roll Hall of Fame has specific criteria for artists and performers to be inducted.

They include the following:

Read: the list of criteria by clicking on this hyperlink: rock hall induction process

Alison believes the above description pretty much exemplifies the David Cassidy she listened to post The Partridge Family tv show.

Alison, who is the spokesperson for her group in England and wished to have only her first name used,  said the general public world wide has judged whether he should be inducted based on the brief but high-profile early part of his career during the Partridge Family heyday.

“So the question does rather sadly tend to be judged by someone in a  red velvet suit, singing pop songs surrounded by swooning females,” said Alison.

“If for the last forty years we’d  had readily available all the footage from those [live concert] shows and all of his solo work had been promoted fully than we probably wouldn’t need to ask the question in the first place because it would be a fairly done deal that he deserves to be inducted.”

Alison and her team started two petitions a few years ago which they’ve posted to social media and on their fan website davidcassidylegacy.com.

Alison stresses the petition is only a part of the induction process. And her group has letters of recommendation from a number of musicians, many well known, who believe David Cassidy should be inducted into the Rock Hall.

Welcome to all our new followers. Our mission is simple: To ensure #DavidCassidy is honoured for his contribution to music and influence on generations https://t.co/P2dM9xj18E

The second petition calls on David Cassidy’s music and live concert footage to be remastered and released.

Alison points out that you can’t write the history of 1970s music without having David Cassidy’s story told. She said he’s the only artist of his era who hasn’t had his back catalogue released including albums and concert film footage.

Now #DavidCassidy is back chart-topping, IT IS TIME 4his unreleased works 2B unleashed on the world. We started this call 2 arms a couple of years ago but now it has even greater significance https://t.co/Btm3s4RVNp

His discography includes the releases under the Partridge Family. But Alison’s group say there’s his other work, listed below, which includes three of his most creative rock and blues albums from the 1970s. Alison says these received no radio airplay at all, but shows what a great musician, singer, songwriter and composer he was, offering more than the Partridge Family hit songs C’mon Get Happy and I Think I Love You.

Read more about each album by clicking on the hyperlinks:

Alison is also searching for 1974 concert footage at Madison Square Gardens which she said Cassidy called the best night of his life.

“We feel his legacy is just fading into the distance and really we would like this preserved because obviously it would be wonderful for fans and collectors everywhere but to us the music of David Cassidy, this is a vital piece of history, and it would just be wonderful to have it put together.”

This audio from the 1974 album Cassidy Live! is posted on youtube. Alison said the song, which is from his fourth solo album “reveals his ability as a live performer, rock singer, [and] guitarist.”

This video taken from what appears to be a 1970s tv variety show now lives on youtube. David Cassidy performs his own composition Junked Heart Blues which appeared on the Home is Where The Heart is album. The voice introducing him at the beginning sounds like DJ Wolfman Jack.