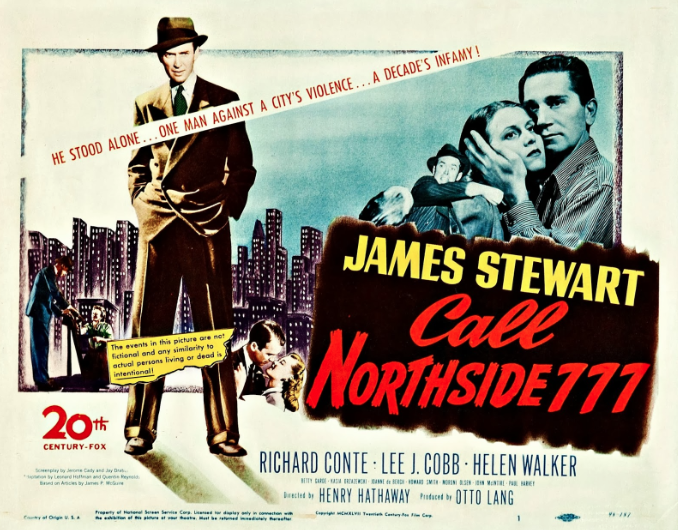 Call Northside 777 is the movie based on the true story of a newspaper reporter assigned to respond to an advertisement which offers a $5,000 reward to find the killers of a police officer.

The movie, released in March of 1948, is based on an article in the 1944 Chicago Daily Times written by James P. McGuire and Jack McPhaul.

Actor James Stewart plays the skeptical Chicago Times reporter P.J. McNeal who gathers the information around the 1932 murder; the story of the man who had already spent 11 years in prison; and his mother who worked to raise the reward money and place the ad.

By clicking on the link below you can hear the Screen Directors Playhouse radio adaptation of Call Northside 777, starring James Stewart, which originally aired live on December 9,1949 on NBC radio.

Two articles which appeared in the Chicago Tribune highlight the real story of the 1932 murder.

In 1989 June Sawyers wrote the first background story which gives the true crime details about the murder.

In 2009 Eric Zorn wrote a blog about the case with an interesting follow-up from a relative of one of the accused.