Without even realizing it former radio news anchor Jeff Howatt helped me through a major on-air news presentation crisis I was going through.

In my opinion Howatt had the smoothest news presentation on a music radio station with a read that was flawless. He was a pleasure to listen to.

My afternoon newscasts were a disaster. Turning on the microphone turned me into an incredibly anxious person, and I couldn’t make it through a sentence in a news story without tripping over a word or five. Sensing my days were numbered I reached out for help.

An operations manager named Gerald Laing dissected the problems with my on-air sound and got me on the right track. I also began taking private vocal lessons with a vocal coach named Dorothy Leitch. At home my wife Trudy, who is a teacher and reading specialist, worked with me to improve my listening skills and understand what I was reading. Finally on my own I began listening to Jeff Howatt’s newscasts for their instructional value.

The Jeff Howatt Sessions, as I’ll call them, were part of my homework. I admired his work and wanted to listen to what he did in the hope that it would help me improve my news reading skills. In the industry we call this an “aircheck”.

I used to do this when I was a pre-teen. I used to record newscasts and commentaries by another CHUM news anchor, Dick Smyth.

But with Smyth I was a kid playing radio, The Jeff Howatt Sessions helped with the real world problems I was having and may have saved my job.

During my news shift I would record all of Jeff’s newscasts on CHUM-FM, onto cassette and I would listen to them, over and over, on my one hour commute home.

It’s an exercise I did seven days a week for quite some time.

What I listened for

The first thing I listened to was the entire newscast, as I was looking to see if I had the same stories and line up in my newscasts.

Then I would rewind the tape and listen again focusing on the pace of his read, including where he paused from one line to the next in a story, and how long the pauses were between stories. There were also times, and believe me this didn’t happen a lot, that he slightly stumbled over a word. He didn’t focus on the mistake, like I did during my reads, but kept going.

I would rewind again and this time pay attention to the line up of stories and how many there were in the newscast. How long was each story? Why were some longer than others? I also counted the words and sentences in each story and timed the length.

On the fourth listen, I would focus on the writing and how he structured the story. What was the lede line in the story? What was in the body of the story? How did he end the story?

The last time I rewound the cassette was at home where I would transcribe each newscast and read it out loud for practice. I wanted to see for myself what the newscasts he wrote looked like and hear my voice reading what he had written.

I listened to and read enough of his newscasts that I began implementing some of what I had learned in my own newscasts and it turned around what had been a bad on-air situation for me and my listeners.

I explained to him what I had done and how his on-air work had helped me during those troubling on-air times.

His reaction was humble and he said something like, “What are you thanking me for – you’re an award winner?”

Sure, winning a Murrow was great but Jeff Howatt had more of an impact on my on-air performance.

The combination of receiving regular airchecks along with the Howatt homework was a positive turning point in my career.

END_OF_DOCUMENT_TOKEN_TO_BE_REPLACED

Author and storyteller Robert Munsch released what would become his multi-million selling children’s book Love You Forever in 1986.

It was the 11th book Munsch had published, and it was a drastic change from his silly stories that made kids and their parents laugh.

This book tells the story of the relationship between a young boy and his mother over the course of a number of years.

Munsch told me that adults who read it cried, while elements the story made the young kids laugh.

Audio: Alanis Morrisette at the 1992 JUNOS

I was in the media room at the 1992 JUNOS on the night Alanis Morrisette won the award for Most Promising Female Vocalist and recorded the backstage question and answer session with reporters.

Someone stole my 1990 David Cassidy radio interview and has taken credit for it as their own.

I received a copy of this fraudster’s interview from someone who heard the interview and realized it was mine and let me know.

The fraudster claimed the interview was done in 1990 at a radio station they worked at. While they may have interviewed David Cassidy that year the interview that’s making the rounds on a number of podcast sites is not their interview, but a re-recorded version of mine.

The fraudster edited my interview to make it appear that David Cassidy was a guest on their music show.  They deleted my voice and substituted their own, so that David Cassidy appeared to be responding to questions posed by them.  Most of the questions they used were mine and word for word, Cassidy’s responses were the one’s he gave to me. END_OF_DOCUMENT_TOKEN_TO_BE_REPLACED

At the time I thought it was the most amazing TV audition I had produced, and that it would get me a job at a tv station presenting the weather.

My presentation had energy and showed confidence;  my tone was conversational; I was engaging . . . and my hair looked fantastic!

Watching the video demo tape years later as a “grown up”, I cringe and wonder what I was thinking!

END_OF_DOCUMENT_TOKEN_TO_BE_REPLACED

Journalist Cal McAffrey is assigned to cover the murder of an assistant to U.S Congressman Stephen Collins. McAffrey’s investigation about his old friend’s assistant leads to the discovery of a cover-up that involves many prominent Washington D.C. politicians. END_OF_DOCUMENT_TOKEN_TO_BE_REPLACED

The flu and serious injuries from a car accident didn’t stop Abbie Hoffman from talking for two-and-a-half-hours to an audience at the University of Guelph in September of 1988.

The co-founder of the 1960s counter-culture group the Youth International Party, or Yippies as they were commonly known, had a lot to say.

No surprise, he talked politics. Americans would be electing a President that November in a race that pitted George Bush against Michael Dukakis.

As well he had co-authored, with Jonathan Silvers, An Election Held Hostage which was about to be published in the October edition of Playboy Magazine. The feature discussed the arms for hostage deal and its influence on the Reagan-Carter American presidential election of 1980.

His talk at War Memorial Hall was titled Watergate to Contragate: Criminals in the White House.

END_OF_DOCUMENT_TOKEN_TO_BE_REPLACED

Reporting the news is serious business! Reporters need to cover stories that may provoke a range of emotions from the tragic to the light hearted.

One light hearted story I was assigned to was to cover a preview of a new innovative and interactive game called Virtual Reality that would be appearing at the Canadian National Exhibition (CNE) in Toronto Canada in 1992. END_OF_DOCUMENT_TOKEN_TO_BE_REPLACED

Broadcast News is the 1987 comedy/drama set at a regional television news bureau in Washington D.C. END_OF_DOCUMENT_TOKEN_TO_BE_REPLACED

John Majhor was the first famous radio and television person I ever worked with.

The Toronto broadcaster was well known in the 1970s and 80s for his DJ work on CHUM radio, and as VJ of the first music video show in Canada called Toronto Rocks where he introduced videos and interviewed musicians. It was a show I watched regularly.

John and I worked together at two Toronto radio stations, first at 97.3 CJEZ where he was morning host and later CFRB 1010 where he filled in as a talk show host. END_OF_DOCUMENT_TOKEN_TO_BE_REPLACED

Sid Sedunary, who lived all of his life in England, had known the story of the sinking of the Titanic from a very young age.

His mother had told him about the ship and of his father Sid Sedunary Senior.

He was a third class steward on the Titanic, and one of 1,500 passengers and crew who died on the ocean liner’s maiden voyage in April, 1912. END_OF_DOCUMENT_TOKEN_TO_BE_REPLACED 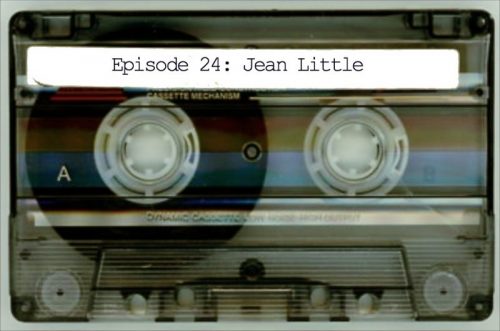 She had published over 50 books during her career including favourites, From Anna, Mama’s Going to Buy You a Mockingbird , and her first, Mine for Keeps which was published in 1962.

Little, who was visually impaired since birth, wrote novels that focused on children’s issues and the obstacles they had to overcome. END_OF_DOCUMENT_TOKEN_TO_BE_REPLACED

Celia McBride is a Canadian playwright born in the Yukon and currently living in Port Hope, Ontario.

She was the only female playwright to have her one-act play, Walk Right Up, performed at the inaugural season of the Stratford Festival’s newest venue, the Studio Theatre, in 2002.

That play tells the story of the three adult children from the fictional Ruskin family, who need to make decisions about caring for their elderly parents.

I first interviewed Celia McBride in the summer of 2002 after seeing the play.  We catch up 17 years later and discuss other artistic projects she’s undertaken in the interim, as well as her latest writing project, a spiritual memoir.

In this episode, my interview with Celia McBride from playwright to spiritual director.

END_OF_DOCUMENT_TOKEN_TO_BE_REPLACED

The first story in a radio newscast is the most important in a collection of stories read at the time you tune in. Usually that lead story is the most up-to-date, and appeals to the greatest number of listeners.

Think of the inverted pyramid which is wide at the top, emphasizing the big story. That pyramid narrows until it reaches the bottom where the newscast ends with a “kicker” story, usually a lighthearted good news item that is supposed to send listeners off with a smile. That’s what I was taught at school anyway.

A music radio station I worked for early in my career restructured that pyramid and instituted a “good news” policy whereby the top story needed to be a positive story.

END_OF_DOCUMENT_TOKEN_TO_BE_REPLACED 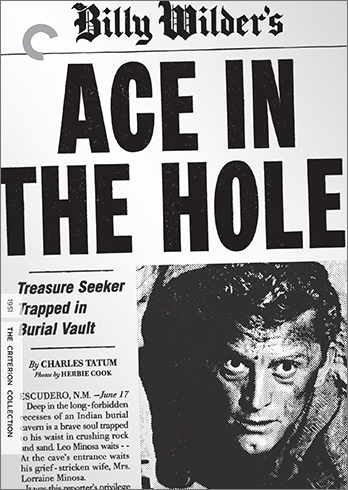 Kirk Douglas stars in the 1951 film Ace In The Hole, which tells the story of Charles Tatum, a newspaper reporter in search of a big story. END_OF_DOCUMENT_TOKEN_TO_BE_REPLACED